Domaine Porte Rouge is one of the new estates in the southern Rhône valley. In fact, it only dates back to 2001, when Bernard Friedmann created the estate. However, the domain name has a story. The estate, located in the village of Chateauneuf du Pape, took its name, which is translated as Porte Rouge, from the previous entrance which led to the village of Chateauneuf du Pape.

One of the first decisions taken by the new owner, Bernard Friedmann, was to bring in the well-known consultant, Philippe Cambie. The vineyards of Domaine Porte Rouge are cultivated entirely organically. They were certified Organic Agriculture in 2014 by Ecocert. Domaine Porte Rouge Chateauneuf du Pape is often close to 100% Grenache. Small amounts of Syrah and Mourvedre can also be part of the blend, depending on the vintage. Grenache young vines and other grape varieties are destemmed. The old Grenache vine is still completely fermented. The wine is aged in a combination of used oak barrels and stainless steel vats for 18 months to 24 months before bottling. 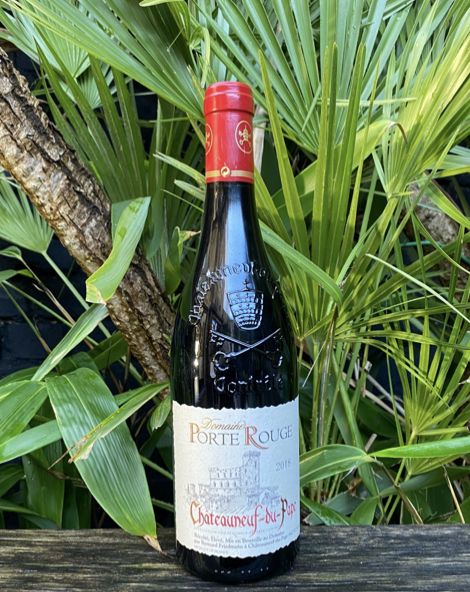