FONSECA BELONGS IN THE FIRST LEAGUE OF VINTAGE PORT HOUSES. FEW PORT PRODUCERS HAVE MAINTAINED SUCH CONSISTENCY OF QUALITY AND STYLE FROM VINTAGE TO VINTAGE.

From the legendary 1840, Fonseca’s first Vintage Port release, to the superb declared vintages of the last decade, the house has produced a succession of highly acclaimed wines even in the most adverse moments of history.

James Suckling, in his authoritative book on Vintage Port, put it as follows:  ‘The vintage Ports of Fonseca are perhaps the most consistently great of them all. Not only do they have a striking fleshiness and powerful richness when young, but they retain that youthfulness for decades.’

This consistency derives not only from continuity of family involvement, and the knowledge and skill passed down from one generation to the next, but also a close link with the vineyard.   The firm’s three estates of Cruzeiro, Panascal and Santo António are the heart of the distinctive character of Fonseca’s Vintage Ports.

Fonseca’s respect for the vineyard and the unique environment of the Douro Valley expresses itself in the firm’s leadership in the field of sustainable and organic viticulture.  It was the first house to offer a Port made entirely from organically produced grapes. 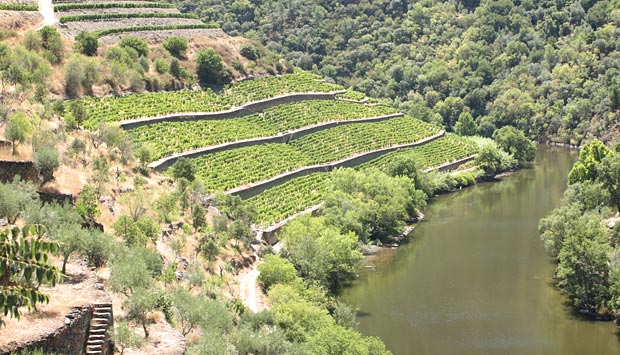 However for many wine enthusiasts around the world Fonseca is best known as the producer of Bin No.27.  This fine reserve Port, launched four decades ago, is one of the most popular and successful Port blends.  Sharing the heritage of the great Fonseca Vintage ports, it displays the opulent fruity character which defines the Fonseca house style.

Perhaps more than any other Port house, Fonseca has built a loyal community of Port enthusiasts who value its individuality and the inimitable character of its wines.  These include connoisseurs, collectors, sommeliers and restaurateurs as well as those who simply enjoy drinking its wonderfully rich and complex Ports.